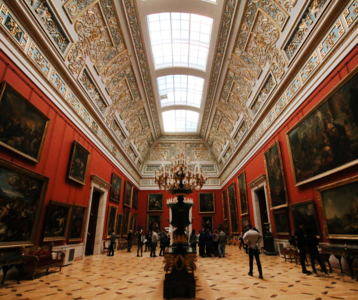 You already know that Saint Petersburg is famous for its numerous museums and galleries. But do you know that there are also lots of peculiar museums in Moscow as well as in Petersburg? Some of them connected to the history whereas others are just so curious that it’s hard to imagine that such exhibitions exist! Here you’ll find top 5 must-visit museums in two Russian capitals. Let’s explore them!

Creators call this museum the most unusual in Russia or maybe even in the world! Why? To find an answer you have to visit it and see! There 7 rooms in this museum and every one of them is devoted to particular emotion. When you come to the first room, you have to visit all other rooms which are connected with corridors symbolizing the transition from one emotion to another. And special lights, sounds and smells will help you to feel all the emotions. People state that after visiting the museum they started to understand their emotions and feelings much better! So, there’s not only fun, but also benefits from such a place!

This place can’t be called museum in common sense, but it’s still very interesting to visit it! This museum is also called ‘catcaffee’, because here you can spend time drinking tea or coffee in a company of 50 cats! Here you can hear a lot of information about cats, their origin, etc. There’s also a cat shelter which is organized on a base of this cafe, so everyone who wants to take cat may do this.

This is the best place for all geeks and true Apple lovers! Even Steve Wozniak, the inventor of the first Apple computers, visited this museum. Here you can find the whole range of iPhone models starting from the first one and ending with the last new iPhone! But iPhones are not the only exhibits, there’re also all computer models that Apple’ve ever released! And good news: you can play games on every computer here!

Grand Maket is a great place for everyone who wants to see the whole Russia but doesn’t have enough time for it. But with Grand Maket everything is possible – you’ll see Russia in details! Grand Maket is a large installation of Russian cities with all the bridges, sights, cars and trains moving and showing what Russia is! It’s really difficult to take your eyes off this huge and so detailed mini-Russia. We promise you’ll be very impressed with this!

Russians often have nostalgia for past, so they opened the whole museum with all the arcade machines that they really loved to play with many years ago! Here you can try to play these games too! And you can also drink some lemonade which is sold in such automates too. This is a really good place for everyone, who wants to know the history of Soviet times and Russia better!

How to study Russian successfully? | “Tastiest” holiday in Russia! 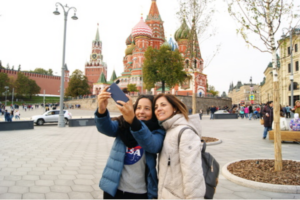